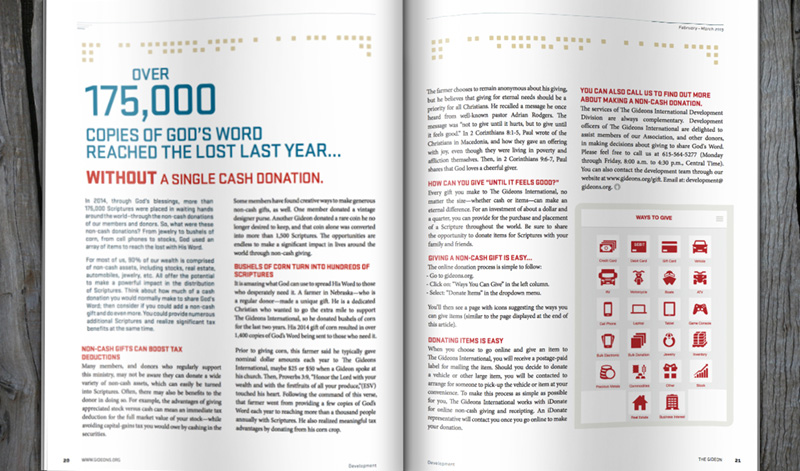 With a very old print magazine that had undergone a major branding refresh, it became necessary at The Gideons International to take the magazine online. There are a handful of online magazine options out there, but 3D Issue became the frontrunner for the project to me as I examined its features.

I really liked the fact that you could build a custom-branded experience for the reader, cutting away all the fluff and ads. Additionally, the support team was fantastic, even with a time-zone difference involved.

I personally worked with 3D Issue (a software vendor in Ireland) to get The Gideon print magazine online. The workflow I created was converting the magazine’s final print files into reading-layout PDFs, uploading those to a 3D Issue portal; and then creating hotspots, video, and sponsored links throughout the digital magazine. I ended up going back and posting a decade worth of magazines within a few months.

In the process, I saved the department that was shipping those copies of the magazine overseas $180,000 a year in shipping costs.